In 2012, we drafted through Behin Andish Barman, for Iran Water and Power Resources Development Co. (IWPC), an EPCF contract to be used as a basis for the development of Chamshir Irrigation and Drainage Network Project to irrigate more than 36,000 hectares of south lands of I.R. Iran. 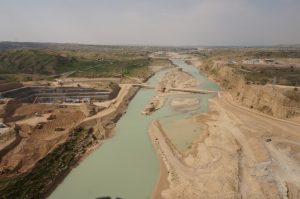 We prepared the Contract Agreement, Particular Conditions of Contract (including the Financing Arrangement), Appendix to Tender and Schedule of Guarantees and Liquidated Damages and supervised the work of a consulting engineer to complete the Employer’s Requirements, Time Schedule and Bill of Quantities in a coherent and acceptable manner. We used FIDIC Conditions of Contract for Plant & Design-Build, First Edition 1999, as the general conditions.

Based on the draft prepared, we then negotiated and finalized the EPCF contract with a Chinese contractor.

After signing of the EPCF contract, we helped IWPC obtain the required permissions and approvals from all concerned governmental authorities including the Ministry of Energy, Central Bank of Iran and the Economic Council. We were also involved in the negotiation with the Chinese financing bank which led to finalization of the financing agreement between the lender and borrower and opening of the project’s letter of credit.